I had no idea his name has two r’s. Hmm.

The value theory I have adopted is the objective list theory. I chose this theory of well-being by process of elimination. I do not believe the desire theory is reasonable, because it has several difficulties that I cannot overlook. Now, I must consider hedonism and the objective list theory. Hedonism is attractive in the sense that it allows the individual to decide what constitutes their own well-being, and explains why there are so many different paths to happiness (Shafer-Landau, 2015). Yet, as Foot’s [lobotomy] example pointed out, happiness does not always equate to a good life. You can be happy, but be lacking in other aspects that are an important part of the human experience. The arguments that I found to be truly compelling were the Argument from False Happiness, and the Argument from Autonomy (Shafer-Landau, 2015). Of course, I desire to be happy, some of this happiness comes from fulfilling my desires, but I would not consider the relinquishment of autonomy or truth an adequate price to pay for happiness. Awareness of the presence of paternalism or deception would greatly affect my happiness. Therefore, happiness is intrinsically valuable, but it is not sufficient for a good life. I chose the objective list theory because I believe there are things that make our lives good, even if we do not value them, or believe they will benefit our lives. I do not believe our desires always contribute to well-being, because these desires could be influenced by culture, lack of self-worth, lack of education/understanding, or a combination of two or more of these factors. Of course, I do not believe I have composed an exhaustive list of what is intrinsically valuable, but I have tentatively identified a few.

As I stated above, I found several manifest deficiencies in the desire theory. The issues I found to be most obvious are that desire theory does not take into account the desires of people who have been psychologically sculpted to desire things that obviously not contribute to their well-being, or how most of us don’t really know what we truly desire, as John McEnroe’s autobiography exemplified (Shafer-Landau, 2015). I could not adopt Hedonism because I cannot accept happiness is sufficient to a good life—the experience machine objection expertly argues this point. I believe truth, autonomy, achievement, knowledge, happiness, and virtue to be intrinsically valuable, and I am prepared to sacrifice happiness in some instances to gain other things of intrinsic value.

What arguments against the objective list theory concern you?

I do not find any of the criticisms of the objective list theory to be troubling. However, I do believe it might be counterintuitive for some people to believe that something you do not value or desire could make your life better. I would argue this point by noting that knowledge is by definition something you know. If you do not know of it, you cannot desire it, but knowledge is something that makes your life better once you attain it.

As I embarked upon my usual path to the park, I found myself missing the accompaniment of upbeat music. After a few minutes, my thoughts began to wander, and I settled into an unusually slow gait. I found it extremely difficult to focus on the world around me while surrounded by loud activity, but luckily the park entrance was now in sight. I hurried up the steps to commence my peregrination. As I entered the park, the variety of greenery caught my attention. I am not well versed in dendrology, so it is impossible for me to describe the intricate beauty and knotty texture of this tree trunk. After admiring it for a minute or two, I continued down the walkway. Small lizards scuttled across my path, rustling the dry leaves as they searched for cover. I dawdled towards the middle of the park, and found myself facing a huge tree. Of course, I notice this tree every time I walk through this park. Today, however, I took the time to examine this humongous being. Finally, I noticed the vines hanging from the tree were actually roots. The tree produces hanging vines, which over time root to the ground and thicken to form a secondary trunk. As I look around, there are several “trees” connected to the large tree’s branches. I have exercised at this park on countless occasions. Yet, I never took the time to notice the intricate beauty of nature. It’s amazing what you can miss when you’re not looking.

“Senses of humor define people, as factions, deeper rooted than religious or political opinions. When carrying out everyday tasks, opinions are rather easy to set aside, but those whom a person shares a sense of humor with are his closest friends. They are always there to make the biggest influence.”
― Criss Jami, Killosophy

“Gonna change my way of thinking, make my self a different set of rules. Gonna put my good foot forward and stop being influenced by fools.”
― Bob Dylan

“Some people feel the rain. Others just get wet.”
― Bob Dylan

“Life would be tragic if it weren’t funny.”
― Stephen Hawking

c.1200, from Latin adamantinus “hard as steel, inflexible,” from Greek adamantinos, from adamas

adamas (genitive adamantos) “unbreakable, inflexible” metaphoric of anything unalterable, also the name of a hypothetical hardest material, perhaps literally “invincible,” from a- “not” + daman “to conquer, to tame”

“A man who dares to waste one hour of time has not discovered the value of life.”
― Charles Darwin, The Life & Letters of Charles Darwin 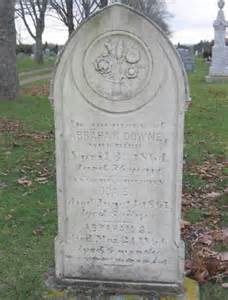 Death does not concern us, because as long as we exist, death is not here. And when it does come, we no longer exist.

Tom doesn't give a Shit
Blog at WordPress.com.
Loading Comments...